D-Dimer Rapid Test Device is used for the qualitative detection of D-dimer in human whole blood and plasma; The test is used as an aid in the assessment and evaluation of patients with suspected disseminated intravascular coagulation (DIC), deep vein thrombosis (DVT), and pulmonary embolism (PE).

The D-Dimer Rapid Test Device (Whole blood//Plasma) detects D-Dimer through visual interpretation of color development in the internal strip. Anti-D-Dimer antibodies are immobilized on the test region of the membrane, and anti-mouse antibodies immobilized on the control region. During testing, the specimen reacts with anti-D-Dimer antibodies conjugated to colored particles and precoated onto the sample pad of the strip. The mixture then migrates through the membrane by capillary action and interacts with reagents on the membrane. If there is sufficient D-Dimer in the specimen, a colored band will form at the test region of the membrane. The presence of this colored band indicates a positive result, while its absence indicates a negative result. The appearance of a colored band at the control region serves as a procedural control, indicating that the proper volume of specimen has been added and membrane wicking has occurred. 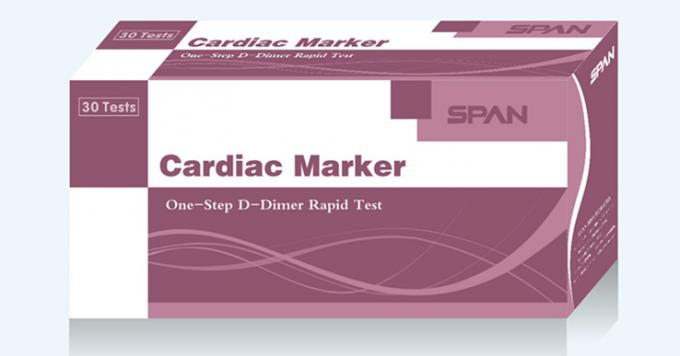